Rodney Atkins and other celebrity acts that performed at the 89th National Christmas Tree Lighting ceremony on Thursday, December 1 in President’s Park have autographed specially-designed ornaments from D.C.’s own Tiny Jewel Box which are now being auctioned off at Ebay.com as part of the "Ornaments For the Parks" program. All proceeds will benefit the National Park Foundation, the official charity of American’s national parks.

Check out the auction here!

The auction runs on Ebay through Thursday, December 11. In the meantime, the signed ornaments will be on display across the street from the White House at the W Washington D.C. hotel. 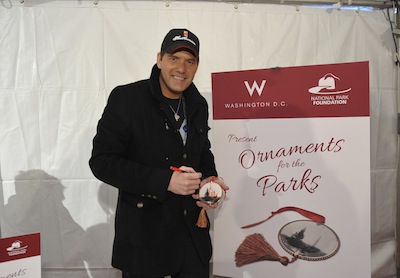