I enjoyed CMA Fest this year probably more than ever. It’s amazing when you go out there knowing that you’ll play for a sea of people, and I really took in the moment. I was a surprise guest on Saturday night at LP Field, performing my new single “Just Wanna Rock and Roll.” I played two and three years in a row, and then didn’t play for a couple years, so it really felt new this time.

But, man, was it a busy week. We played a few times a day, about every day. We had just gotten back to Nashville from doing some shows on the Country Throwdown Tour with Gary Allan. We had our fan-club party on Monday and just took our time, visiting with folks for five hours. We even took requests—songs that we hadn’t played in a while. There were some people at my fan-club party who were at my very first one. It’s a real family reunion vibe.

Then I coached my little boy Elijah’s Little League game that afternoon, before going back downtown to play a benefit for St. Jude’s Children’s Hospital with Darius Rucker at the Wildhorse Saloon. That’s a lot in one day. And then you’ve got Tuesday! We were a part of the Music City Gives Back concert downtown for the Red Cross, which is just a wonderful event. But I just never was in a hurry all week long. Instead, it felt like a celebration week.

And that’s what “Don’t You Wanna Rock and Roll” is all about. It’s about thinking positive and staying upbeat. It’s a summer jam that make you want to crank it up and roll your windows down. But at the same time, it says something important: Get on a roll, let it ride, and forget about all the messed-up, stressed-up stuff. I love songs that are anthems and everybody was singing along on Saturday night. When you get a few thousand people singing, “Whoa, oh oh,” it’s really amazing.

Afterward, I got an email from a mother whose son had just gotten back from Afghanistan, where we did a USO tour. They saw my performance at CMA Fest and wanted to say thank you for performing. Since it was a surprise appearance for me, her son didn’t know I’d be there, and she said he was so glad that he went. I was thrilled to know he was in the audience. God always puts situations like that in your path, even if you’re not expecting them. And I think He was there with us this entire CMA week. It was really special. Thanks to everyone for coming out! —Rodney 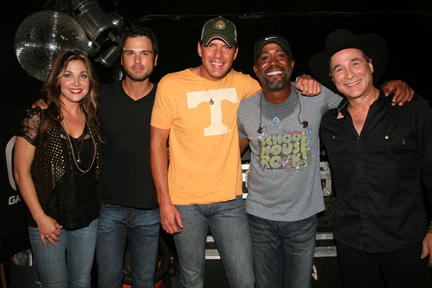 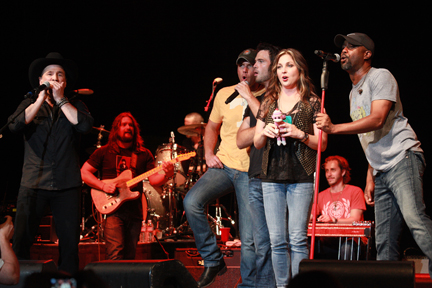 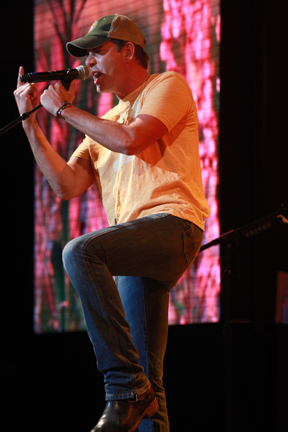 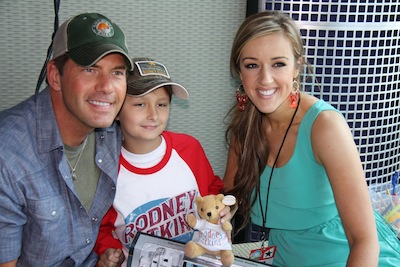