Joining headliner Gary Allan, recording artists Josh Thompson, Eric Paslay, and Sunny Sweeney round out the high-profile lineup for the nationwide country music tour that will kick off in Gulfport, Mississippi on May 18 and run through July 8. Special guests on many tour stops, Rodney Atkins (June 1-30) and Justin Moore (May 18-27) will join the roster of superstars and newcomers for the ultimate country music experience.

Gary Allan, country’s modern day outlaw, has won over legions of fans with his signature blend of rugged vocals, rebellious lyrics and raucous live performances. With more than seven million chart-topping albums sold and nearly a dozen Top 10 hits to his credit, Allan sets the tone for what promises to be a dynamic concert event in each and every tour city.

“I’ve always been a fan of the Warped Tour, so I thought it was great when they came up with the concept of doing a country version of it with the Throwdown Tour. I’m excited to be a part of it this year, and I look forward to working with Kevin, Sarah and everyone involved with the tour,” says Allan. “My band and crew can’t wait to take this experience to our fans and we look forward to making new fans along the way. We’re hoping this is the best Throwdown Tour yet.”

“I had the privilege of playing shows with each of these incredible artists with the exception of Eric Paslay, but a few weeks ago he and I got to hang out in East Tennessee--talking and fishing," Atkins said. "I can't wait to be a part of this tour. Every artist brings something awesome and different to the show. It's gonna be a blast!”

Tour co-founder and co-producer, Kevin Lyman says "This tour continues to put some of the finest established artists front and center with their loyal fans, and we are thrilled to be celebrating our third year. The lineup of up-and-coming talent brings an exciting dimension to the festivities, and we look forward to sharing more information about the Bluebird Cafe Stage in the coming weeks."

The only tour of its kind in the world of country music, Country Throwdown Tour 2012 brings together top-selling artists with talented, emerging singer-songwriters in a festival environment where fans enjoy a constant stream of music on multiple stages all day long.

"As we roll into our third summer of Country Throwdown, the team has been working hard to put together a can't-miss package for true country fans, and we're excited to work with some of country music's greatest acts,” said tour co-founder and co-producer, Sarah Baer. “We know the party that Gary, Justin and Rodney bring to the show, and the up-and-coming acts like Sunny Sweeney and Eric Paslay are sure to have fans coming early and staying late.”

In addition to the performances on two main stages, the Bluebird Cafe Stage will spotlight the talents of emerging singer-songwriters as they perform intimate “in the round” sets throughout the day along with nightly performances during main stage set changes. Artists for the much-anticipated Bluebird Cafe Stage will be announced in the coming weeks.

"We're proud to continue our relationship with the Bluebird Cafe and some of Nashville's most talented songwriters,” adds Baer. “Bringing the magic that used to only be captured at this small, iconic venue to all the Throwdown cities is a real treat, and we're especially thankful for the many people in the music community who have been supportive of trying something new and have helped us give developing artists a home on the tour scene.”

In addition to top-notch music, Country Throwdown 2012 offers eager fans a full concourse of lifestyle attractions and vendors at an affordable ticket price. Doors to each venue open at 3 p.m., and the entertainment continues until 11 p.m.

Tickets are ON SALE NOW in select cities. For more information or to purchase tickets visit www.countrythrowdown.com.

MORE DETAILS TO BE ANNOUNCED SOON at www.countrythrowdown.com. 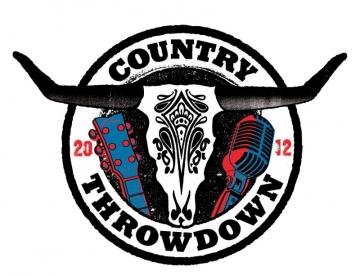