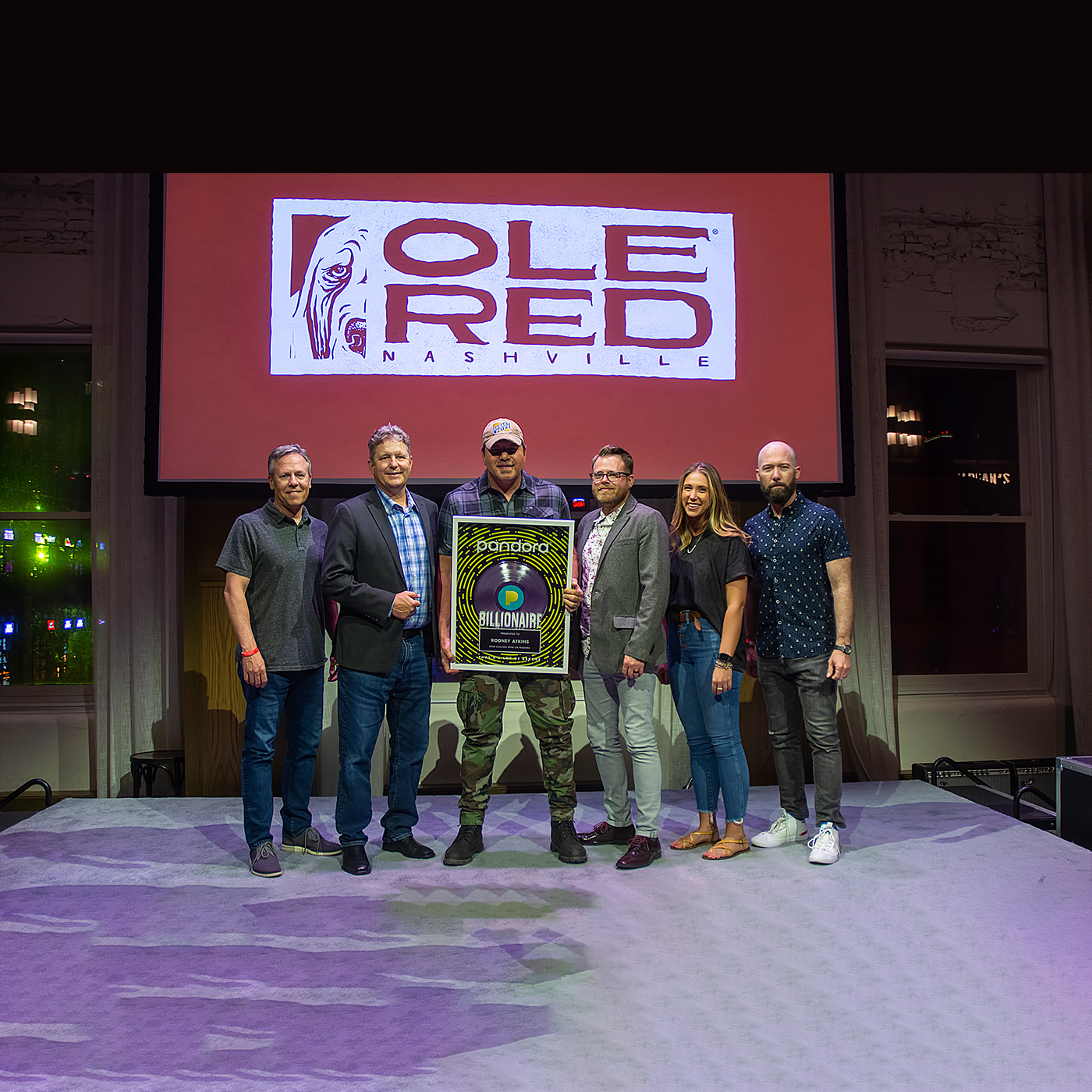 Curb Records recording artist Rodney Atkins celebrated 2 billion Pandora streams with a Dreamstage concert in Nashville, Tenn., during which he was presented with a Pandora Billionaire plaque by Curb Records’ Benson Curb and John Chapman. Fans joined Atkins in downtown Nashville at Ole Red, both virtually and in-person, to celebrate this major accomplishment. Atkins will also now be added to the newly launched Pandora Country Billionaires Station.
“Thanks to Pandora over 2 billion times for the 2 billion + times they streamed my songs to the greatest fans in the world. Here’s to 2 billion more…. God Bless!”
Listen to Rodney on Pandora HERE.